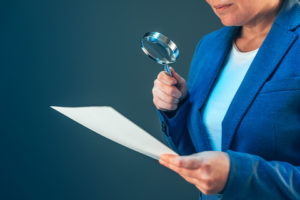 As you may know, sometimes individuals or businesses are selected for an audit by the Canadian Revenue Agency (CRA). What you may not realize are the varied consequences that can occur should you not be adequately prepared. For a start, consider Liu & Associates’ three most common questions about tax audits. After that, bring your questions or concerns to one of our financial professionals today!

“How was I selected for an audit?”

CRA agents do not select audit candidates at random, they use a system of risk assessment that identifies returns that could be considered “high risk.” Some reasons you or your business may be selected for an audit are:

“What is expected of me in an audit?”

If you are selected, the law does require you to cooperate with your auditor– part of this is always keeping adequate financial record, whether you are chosen or not. Read your initial notice carefully and collect any records request of you, filling in any holes with supporting documents such as account statements. Always be familiar with your rights as a taxpayer and consider the appeals process carefully after your final assessment.

“Do I need to hire a professional?”

You may be skeptical about taking an accountant’s opinion, but we cannot stress the advantage you gain by employing a financial professional during an audit. Your ideal candidate should be deeply familiar with taxation and the associated laws– they should also be able to outline both best and worst case scenarios. If you are concerned with being able to afford an accountant with CRA fees and penalties on the horizon, proper organization and experience can actually save you money in the long run.

The above three questions are only a brief introduction to the world of tax audits and their consequences. If you or your business have been selected by the CRA, do not hesitate to contact Liu & Associates! 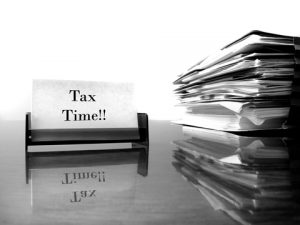 By not filing your corporate tax return on time (or at all), you’re opening yourself up a number of different penalties from the Canadian Revenue Agency (CRA). Join Liu & Associates as we highlight a few of the penalties below. Keep in mind this list below is by no means exhaustive. For a complete list of corporate tax penalties, visit canada.ca.

A corporation is considered to be a “large corporation” is their total taxable capital employed in Canada at the end of the tax year by it and its related corporations is over $10 million. You can identify yourself as a large corporation on your T2 form.

If a large corporation fails to file their return, a penalty can be charged for each month that the returns are late, for up to 40 months. The penalty is calculated by adding up 0.0005% of the corporation’s taxable capital employed in Canada at the end of the year and 0.25% of the Part VI tax payable by the corporation (before deductions).

It’s good to note that the CRA will sometimes consider waiving penalties or interest if the reason for a late filing or not paying is beyond the taxpayer’s control. 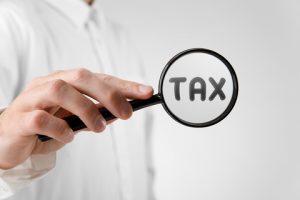 Small businesses, due to their very nature, are under close scrutiny by the CRA. While there is no way to ensure you’ll never be selected for an audit, there are some ways you can decrease your chances. Read on for five ways to keep the auditors at bay.

When submitting your business revenue, consistency is key. If there are any discrepancies in your business income across any tax forms, that is a big red flag for the CRA and will usually warrant a further investigation.

If you are in an industry that deals with a lot of cash (restaurants, bars, other retails businesses), the CRA is going to be keeping an extra watchful eye right from the start. To combat this, it’s important that your records are organized and complete so it’s quick and easy for you to send along supporting documentation if asked.

3. Stick With the Norm

If your business reports an income that is largely higher (or lower) than other businesses in your industry, it could tip off the tax man. Now, this point comes with a disclaimer: honesty is always the most important factor when it comes to your tax return, so if your company ends up legitimately bringing in an income that widely deviates from your competitors, that’s okay! Just ensure your paperwork and supporting documents are in order, as you may be prompted for further information.

Changes in shareholder loans can be a red flag for the CRA. Any money taken from the company needs to be reimbursed or reported as personal income to ensure the proper tax is being applied. Failure to do so can even result in double taxation under subsection 15(2) of the Income Tax Act. Ensure that any shareholder withdrawals are completed properly. To learn more about this process, speak to an accountant!

There are certain deductions (home office, car, etc.) that are commonly abused by small business owners, and therefore, are under close watch by the CRA. Claiming 100% business use of your vehicle is simply not realistic, and the CRA agents know this! If you are claiming these type of deductions, ensure that you’re keeping the proper paperwork to ensure your claim gets accepted!

Honesty and diligence are the two best ways to minimize your chance of being audited. Even more, if you do happen to be selected for an audit, the amount of stress you experience will be much less, because you’ll have nothing to hide! Keep thorough records, and you’ll have no reason to worry. If you have questions about your business tax return, don’t hesitate to contact an accounting professional. Having your taxes completed by a professional will help to maximize your return and minimize errors. If you are looking for help filing your business tax return, or are currently facing an audit, contact the team at Liu & Associates for honest, professional advice. 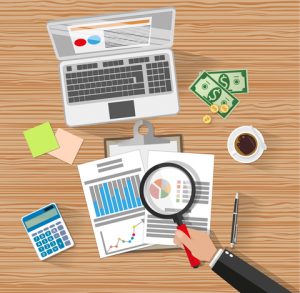 While the auditing process is meant to help maintain public confidence in the fairness of Canada’s tax system, it can be a stressful and onerous experience on a taxpayer. There are two main types of tax audits: business audits and personal audits. Read on to learn a bit more about each type, what you can expect if you’re selected for an audit of your own and how Liu & Associates can help.

A business tax audit is a process in which the CRA closely examines small and medium-sized businesses’ books and records to ensure they are complying with their tax obligations. Audits are also used as a way to ensure the business is receiving any monetary amounts they are entitled to.

How Are Businesses Chosen?

The business audit selection process is based on a risk assessment system. When choosing businesses to audit, the CRA will also look at any information it has on file and may compare it to similar files.

What Does an Auditor Look at?

A tax auditor will look at the company’s books, records and documents. Examples include but are not limited to:

Personal audits are very similar to business audits. The selection process and the documents that are reviewed are all of similar nature – the difference is that the focus is on personal taxes rather than company taxes. Again, the purpose of an audit is to ensure that your assessment is accurate. If you’re selected for a personal tax audit, the CRA will ask for you to submit certain receipts and records. Sometimes the submission of these documents will be enough, and other times an auditor will be sent out to complete a more thorough check. The audit may take place at a CRA office, or at your home.

Results of an Audit

Throughout the audit process, the auditor will openly identify any issues and discuss them with you. You are also welcome to raise any concerns you may have as well. At the end of an audit, one of three things will occur:

Audits may seem like a scary process, but if your documentation is accurate and in order there shouldn’t be any major issues that come up. Most errors that arise are honest mistakes that are easily amended. The best thing you can do to prepare for an audit is to keep track of your records for a minimum of six years.

If you or your company is selected to undergo an audit, contact the experts at Liu & Associates. Our team will ensure that your rights are observed and work to minimize any consequences. We act as a buffer between you and the CRA to minimize the time and stress that is so commonly associated with an audit. Give us a call today!